The EYCN issues a monthly newsletter. You can subscribe to it by emailing to our Communication Team Leader, or by filling the online subscription form.

You can also read all the previous issues here:

If you are organizing an event for young chemists please let us know at communication@eycn.eu

History and structure of EYCN

The European Young Chemists’ Network is the young division of EuChemS. Every chemist under the age of 35 that belongs to any of our fellow societies (see the full list here) automatically becomes a member of the EYCN. Today, the EYCN has delegates and representatives in 28 countries (from 30 chemical societies)

The idea of the EYCN within EuChemS emerged during several young chemists meetings in Europe. During the 1st European Chemistry Congress 2006 in Budapest (Hungary) a paper was written about “Aims, Tasks and Goals of EYCN” and this is considered to be the foundation of the EYCN. In March 2007 Jens Breffke (Germany) and Csaba Janáky (Hungary) invited all societies to send their young representatives to Berlin in order to set the rules of the EYCN. Only three weeks later the Executive Committee of EuChemS confirmed these Rules. The EYCN was now the official youth division of EuChemS.

If you want to read the current document containing all the EYCN rules, click here: Rules of the EYCN

The EYCN’s goal is to promote Chemistry in Europe, as well as to give new educational and networking opportunities to students and professionals. We promote several awards in different conferences, organize Career Days to improve soft-skills and collaborate in a variety of exchange programs to promote the mobility of our members. To do all this, we partner with powerful industries as well as with other young scientific societies around the world.

The EYCN meets once a year in the Delegate Assembly. 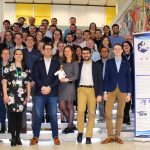 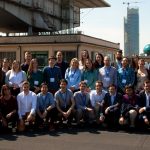 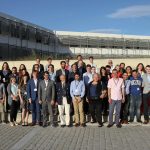 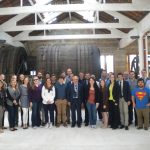 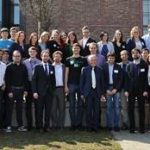 The EYCN is coordinated by a Board consisting of eight members who are elected every two years during the Delegate Assembly (DA) and an Advisor, who is usually the previous Chair. All of the remaining delegates are organized in five teams (Communication, Global Connections, Membership, Networks and Science), which are managed by a Team Leader.