The aim of the European Young Chemists’ Award (EYCA) is to showcase and recognize the excellent research being carried out by young scientists working in the chemical sciences. In particular the award is intended to honor and encourage younger chemists whose current research displays a high level of excellence and distinction. It seeks to recognize and reward younger chemists of exceptional ability who show promise for substantial future achievements in chemistry-related research fields.

The European Young Chemists’ Awards (EYCA), which are sponsored by the Società Chimica Italiana (SCI), the Federazione Nazionale degli Ordini dei Chimici e dei Fisici (FNCF) and the European Chemical Society (EuChemS), are given every two years during the EuChemS Chemistry Congress.

The EYCA Guidelines are available HERE.

Due to the COVID-19 pandemic and the postponement of the 8th European Chemistry Congress (ECC8) from 2020 to 2022, the final evaluation could not take place at the ECC8, aso the EYCA 2020 took place online. EYCA 2020 was sponsored by the European Chemical Society (EuChemS), the Italian Chemical Society (SCI) and the Federazione Nazionale degli Ordini dei Chimici e dei Fisici in Italy (FNCF).

The 12 finalists presented their research results in front of the European Award Committee for the EuChemS Award (EYCAC) and the whole audience during the EYCA Competition Session at the e-YCN@ECC. The event was organised by the European Young Chemists’ Network (EYCN) and was held online on 26 August 2020.

At the PhD Level, the Gold Medal was awarded to Eoin Murray (T.E. Laboratories, Ireland) and the Silver Medal to Emilia Paone (University of Reggio Calabria, Italy). 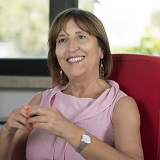 Professor Angela Agostiano (Chair of the Committee), is full professor of physical Chemistry at the University of Bari. Author of more than 240 in the fields of engineering, synthesis and characterization of nanoparticles (NPs) and nanocrystals (NCs) and their organization in mesoscopical structures, fabrication of polymer based nanocomposites and bio-inorganic hybrids. Her scientific interests cover the investigation of biomaterials involved in biological energy transduction and molecular recognition. Past-president of SCI (Società Chimica Italiana) and scientific responsible of regional, national and international research project, she is also head of the Bari division of the CNR-IPCF (Institute for fisico-chemical processes) and member of the National Board of Physical Chemistry Division. 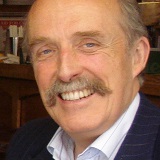 Professor David Cole-Hamilton (Member of the Committee), EuChemS Past President, has served the scientific community as President of the Chemistry Section of the British Association for the Advancement of Science, Chair of the Royal Society of Edinburgh Chemistry Committee and as member of several Committees of the Royal Society of Chemistry. Moreover, he has served 4 years on the Council of the Royal Society of Chemistry and he has been the UK representative on the EuChemS Division for Organometallic Chemistry since 2005. He has recently been elected to serve as President of the Dalton Division of the Royal Society of Chemistry. David Cole-Hamilton is Professor Emeritus of Chemistry at the University of St. Andrews, Scotland. His main research interests are on applications of organometallic compounds to solving problems in material chemistry and homogenous catalysis. He also had excursions into diverse fields as electron transfer across membranes, developing a new process for the conservation of wooden archaeological artefacts using supercritical drying and extensive studies of reaction mechanisms in solutions and in the gas phase. David Cole-Hamilton defines himself as a committed European and a committed chemist, who truly believes that chemistry holds the keys to the future prosperity and quality of life for all. 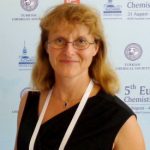 Professor Helena Grennberg (Member of the Committee) is a Professor of Organic Chemistry at Uppsala University, Sweden. Her research interests include topics from organometallic chemistry, organic nanomaterials and catalysis. Helena Grennberg served the chemical community in Europe in many respects. Among the prominent positions she held are chairperson of the EuChemS Division of Organometallic Chemistry, Member of the EuChemS Executive Board (2007-2013), Scientific Chair of the 5th European Chemistry Congress in Istanbul 2014, President of the Swedish Chemical Society (since 2012). During the 6th EuChemS Chemistry Congress in Seville, she was awarded the 2015 EuChemS Award for Service. 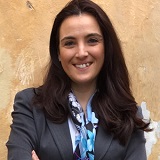 After graduating in Industrial Chemistry at the Universita degli Studi di Padova in Italy, as well as studies at the Ecole Nationale Superieure de Chimie de Montpellier in France, she then moved onto research in heterogenous catalysis at the CNRS (France). After two years of work experience in research and development processes applied to waste treatment industrial plans, she registered as a Professional Chemist in Italy in 2002.

As a director of a consultancy company since 1998, Nausicaa is also a registered Acoustic Competent Technician (2003), Expertise Consultant in the Court of Padova, Auditor for International Certification Bodies, and an accredited teacher and lecturer. As a professional chemist, she has held various roles in professional chemist organisation: from 2005 to 2013, Nausicaa was Treasurer of the Ordine Interprovinciale dei Chimici del Veneto, and in 2013 she became its President until 2016. From 2010 to 2015, she was a member of the National Equal Opportunities Commission by the Consiglio Nazionale dei Chimici. She has also been member of the board of the Young Entrepreneurs of Padova. 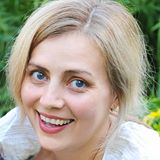 Dr Cristina Todaşcă (Member of the Committee) is Vice-Dean of the Faculty of Applied Chemistry and Material Sciences, University Politehnica of Bucharest. Cristina Todaşcă (born in 1978, PhD in 2002 in food chemistry) has been Assistant Professor 2002-2008 and Associate Professor since 2008 in University Politehnica of Bucharest. Her research interest includes NMR spectroscopy applications in food chemistry, with a focus on food quality control and authenticity.

Cristina Todaşcă has been a member of the Faculty Teachers Board since 2012, participating in decision-making regarding all educational aspects, and part of the Faculty Commission of Quality Assurance.  She was part of the first steering committee of the European Young Chemists Network (EYCN, 2007 to 2009) as communication officer and actively served as secretary of EYCN (2011 to 2012) and as chair of EYCN (2012 to 2013). Cristina Todaşcă was engaged in “Career Days program” organized during the European Chemistry Congress in Prague, Istanbul (as convener), Seville and in similar independent events organized in Geel, Belgrade and Bucharest. She is member of the Romanian Chemical Society (SChR) Council and President of the Food Chemistry Division of SChR since 2015, for the second term. She received the “Lyceum” award in 2015 and “C. Nenitescu” Medal in 2018, from Romanian Chemical Society. 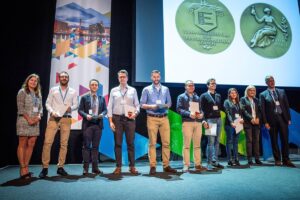 The European Young Chemists’ Award 2018 is intended to showcase and recognise the excellent research being carried out by young scientists working in the chemical sciences and was presented at the 7th EuChemS Chemistry Congress in Liverpool from 26 – 30 August 2018. Under the patronage of EuChemS, the 7th EuChemS Chemistry Congress and the European Young Chemists’ Network (EYCN), EYCA 2018 has been sponsored by the Italian Chemical Society (SCI) and the Federazione Nazionale degli Ordini dei Chimici e dei Fisici in Italy (FNCF).

The European Young Chemists’ Award 2016 is intended to showcase and recognise the excellent research being carried out by young scientists working in the chemical sciences and was presented at the 6th EuChemS Chemistry Congress, which took place in Seville from 11 – 15 September 2016.

The 2016 edition of EYCA award was organised by the Italian Chemical Society (SCI), the Consiglio Nazionale dei Chimici (CNC) and the Spanish National Chemists Association (ANQUE). 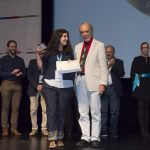 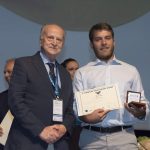 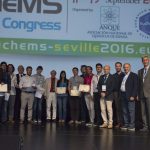 The EYCA2012 has been founded by Consiglio Nazionale dei Chimici (CNC) and Italian Chemical Society (SCI) and patronaged by EuCheMS, CNC, SCI, the 4th EuCheMS Congress and the European Young Chemist Network (EYCN).

Sponsored by the Italian Chemical Society
The Award winners are:
35-years level

List of all finalists who gave presentations at the EuChemS Chemistry Congress in August 2010, Nürnberg, Germany.

The Awards were presented by Dave Garner, Chair of the Jury. The medal winners are: