Home » Professional Networks » Division of Chemistry and the Environment

The overall aim of the EuChemS DCE is to promote and support the co-operation about chemistry and the environment issues between the European chemical societies and their members. Activities of how to achieve this aim are:

Delegates to the DCE are appointed by EuChemS member societes, which are normally national chemical societies, and must have expertise in a field relevant to environmental chemistry.
Observers may be nominated by inter- and supranational organizations being active in environmental chemistry and national chemical societies outside EuChemS.
Guests are invited by the DCE Steering Committee if their expertise is relevant.
Delegates, Observers and Guests meet at the Annual Meeting which constitutes the supreme authority of DCE. 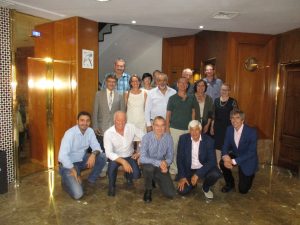 DCE traditional photo, during the break of the annual meeting in Sevilla, on Saturday, September 10, 2016. 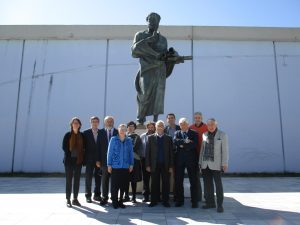 Traditional DCE photo, in front of the statue of Aristotle at the Aristotle University of Thessaloniki, on March 03, 2018.