Each year, the major achievements of one junior scientist working in chemistry in a country with a EuChemS Member Organisation will be rewarded.

Please carefully read the guidelines for the EuChemS Lecture Award. 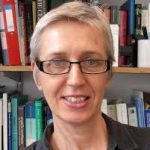 Sabine Flitsch is Deputy Head of Department and Professor of chemical biology at the University of Manchester where she leads a research group of 19 people. Her research is interdisciplinary and lies on the interface of chemistry and biology with focus on applications in biotechnology, namely the use of biocatalysis for the synthesis of carbohydrates and glycoconjugates, such as glycolipids, glycoproteins, polysaccharides, glycomaterials and glycoarrays. Amongst numerous awards, she was presented with the Royal Society of Chemistry (RSC) Interdisciplinary Prize in 2014. She has held appointments on several editorial boards, research advisory boards and funding panels in the UK and Germany. In 2015, she was elected to the RSC Council and has also been chair of the RSC Carbohydrate Interest Group and a member of the RSC Organic Division Awards Committee. She is PI of the UK’s Biotechnology and Biological Sciences Research Council funded IBCarb Network and Director of the biotechnology spin-out company, Bio-Shape Ltd.

Gaetano Guerra is Professor of macromolecular chemistry, at the University of Salerno. He pursued his University education at Federico II Naples University, where he received his doctor degree in chemistry, cum laude, in 1976. The research activity of prof. Gaetano Guerra has been devoted to theoretical and experimental studies relative to polymeric materials and is documented by scientific papers on relevant international journals (H-index=61), as well as by many industrial patents and chapters of books. He has received several awards: on 1986 from the Accademia Napoletana di Scienze Lettere ed Arti, in 1992 del National Federchimica Award and in 2003 the “Premio Linceo” from the Accademia Nazionale dei Lincei. His research group, in 2009, has succeeded in the business plan competition organized by the National Consortium of Science and Technology of Materials (INSTM) “Premio Made NEW in Italy – Innovative materials from the university to the enterprises”. In 2010 his research group has received from the Italian Republic President, the “Premio Nazionale Innovazione” (for the best business ideas at high technological content). Professor Gaetano Guerra is the vice-president of Società Chimica Italiana (SCI).

Hans P. Lüthi obtained his MSc and PhD degrees in chemistry from ETH Zürich and the University of Zürich. After post-doctoral studies at the IBM Almaden Research Center in San Jose, California, and a visiting professorship at the University of Minnesota, he returned to ETH Zurich in 1987, where he was involved in the build-up of the Swiss National Supercomputing Center. Later, he joined the ETH Zürich Department of Chemistry and Applied Biosciences as an adjunct professor. His research activities are in electronic structure theory and its application towards molecular design. He is currently the treasurer of the Swiss Chemical Society (SCS) and director of the SCS Foundation.

Ester Vázquez obtained her PhD degree from the University of Castilla-la Mancha (UCLM) in 2000. After carrying out her postdoctoral training in Trieste, Italy, she joined the Faculty of Chemistry at UCLM, where she was promoted Professor of Organic Chemistry in 2019. In 2007 she received the “Ibn Wafid de Toledo” award for young researchers of Castilla-La Mancha and in 2017 she became Director of the Regional Institute for Applied Scientific Research (IRICA) where she directs a highly interdisciplinary group (MSOC Nanochemistry group).

Her scientific interests focus on the synthesis, functionalization and application of carbon nanostructures using non-conventional and sustainable methodologies, especially microwave radiations and ball milling techniques. Her group succeeded in the preparation of stable suspensions of graphene in water, which has allowed the biological exploration of this form of carbon under physiological conditions and the preparation of smart gels for applications in drug delivery, tissue engineering and soft robotics. She collaborates with industrial partners and numerous European groups within the framework of the Graphene Flagship project.

Recipients of the EuChemS Lecture Award 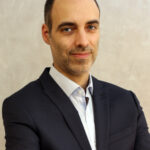 David Portehault obtained his PhD in soft chemistry and nanomaterials science in 2008 at the Université Pierre et Marie Curie in Paris under the supervision of Prof. Jean-Pierre Jolivet. He then obtained a grant from the Program for Nanomaterials co-chaired by the Max Planck Society and the French National Centre for Scientific Research (CNRS) to perform a senior post-doctorate at the Max Planck Institute for colloids and Interfaces (Potsdam) with Prof. Markus Antonietti from 2008 to 2010.

Since 2010, he is researcher at CNRS, in the Laboratory of Condensed Matter Chemistry of Paris at Sorbonne Université. His research topics are at the edge of nanomaterials chemistry and solid-state chemistry. He is focusing on the development of methods, centered on liquid-phase syntheses, to design nanoparticles with original compositions and structures, to understand the reactivity of nanomaterials and to provide new insights into the properties of nanoparticle-based materials, spanning electrocatalysis, charge transport and energy conversion.

In his EuChemS Lecture, David will present the recent efforts of the group in taking inspiration from Nature, more specifically from geological events, to synthesize original nanomaterials. David will present geo-inspired synthesis conditions, from low temperature chimie douce in water, to liquid-phase synthesis in inorganic molten salts and to high pressures. He will show several cases of inorganic nanomaterials encompassing complex oxides and non-oxides like boron-, nitrogen- and silicon-based solids, discuss their formation pathways and show the unique electrochromic and electrocatalytic properties at stake with these nanoparticle-based materials. 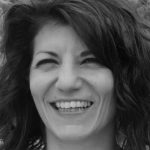 Raffaella Buonsanti obtained her PhD in Nanochemistry in 2010 at the National Nanotechnology Laboratory in Lecce (Italy), with Prof. Davide Cozzoli. Then, she moved to California where she spent over five years at the Lawrence Berkeley National Laboratory, first as a postdoc and project scientist at the Molecular Foundry, with Prof. Delia Milliron (now at UT Austin), and after as a tenure-track staff scientist and principal investigator in the Joint Centre for Artificial Photosynthesis (JCAP).

She is currently a tenure-track Assistant Professor in the Institute of Chemical Sciences and Engineering at EPFL in Switzerland.

Her group works at the interface of materials chemistry and catalysis, using colloidal chemistry tools to synthesise controlled and tunable nanocrystals and to advance the knowledge in electrocatalytic conversion of small molecules into value-added chemicals.

Usually, the winner gets the opportunity to give a lecture at the next European Chemistry Congress (ECC) or at a conference of a EuChemS Professional Network (PN). However, due to the COVID-19 pandemic and the postponement of the 8th European Chemistry Congress (ECC8) to 2022, the event took place online. During the 2018 EuChemS Lecture Awardee webinar, Raffaella Buonsanti gave a talk on “Colloidal chemistry for tunable nanocrystals as CO2 conversion catalysts”. 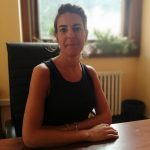 Dr. Capriotti is an Assistant Professor in the Department of Chemistry at the University of Rome “Sapienza” and as of October, she will become Associate Professor at the same Department. She achieved her Ph.D. in 2012. As a fairly recent graduate, Anna Laura Capriotti has a very impressive resume with more than 90 papers published in the highest quality and impact peer reviewed journals. The number of her presentations at national and international conferences is equally remarkable. Anna Laura’s field of expertise is analytical chemistry, and in particular, the technique of liquid chromatography coupled to tandem mass spectrometry. Her work has already had an impact in proteomics/peptidomics and separation science. She mainly deals with the determination of peptides and small molecules present in food, beverages and biological samples at very low concentration. She is experienced in sample pre-treatment as well as in several separation techniques, such as liquid chromatography, and bidimensional gel electrophoresis.

Anna Laura is the beneficiary of 7 prizes, including the “Young Researcher 2017” in Separation Science and “Young Researcher 2015” in Analytical Chemistry by the Italian Chemical Society, the Ph.D. Thesis Award 2013 granted by Sapienza Università Editrice, the SCI Award (2010) for the best Bachelor Thesis in Analytical Chemistry and even more. She has participated to several scientific projects and she was principal investigator in 8 funded projects. She is peer-reviewer for several international scientific journals of analytical and applied chemistry and has been invited to write and prepare a large number of articles. Anna Laura is Member of the Board of Separation Science Interdivision of the Italian Chemical Society since 2017.

As part of the Lecture Award, Anna Laura was invited to give a lecture at the XX Euroanalysis event in Istanbul in September 2019.

(Until 2016, the rationale behind the EuChemS Lecture Award was significantly different. It envisioned to strengthen the image of EuChemS and of European chemistry in general, promoting scientific cooperation among chemists in Europe. The Lecture was normally awarded annually to a prominent chemist from a European country.)

Professor Christina Moberg from KTH Gave EuChemS 2014 Lecture on the topic “Recycling in Asymmetric Catalysis.” The lecture was delivered during the 19th European Symposium on Organic Chemistry, 10 – 16 July 2015 in Lisbon, Portugal.

Professor Gérard Férey from the University of Versailles will give his Lecture on the topic of “From interesting to useful: the multiple richnesses of the hybrid porous materials”. The lecture was given during the 6th EuChemS Chemistry Congress, 11 – 15 September 2016 in Seville, Spain.

Professor Maurizio Prato from the University of Trieste will give EuChemS 2013 Lecture on “Synergies between chemistry and nanotechnology” during the 5th EuChemS Chemistry Congress that will take place in Istanbul from the 31st of August to the 4th of September 2014.

Professor David Milstein of the Weizmann Institute of Science gave the EuChemS 2012 lecture on the topic “Discovery of Metal-Catalyzed Reactions for Sustainable Chemistry.” The lecture was held at the 4th EuChemS Chemistry Congress in Prague on the 30th August 2012. Prof. Nazario Martín’s lecture has been held on the 11th of July 2013, at the 18th European Symposium on Organic Chemistry (ESOC 2013) in Marseille, France.

Professor Alfredo Sanz Medel delivered the EuChemS Lecture on ‘The Expanding Scope of Analytical Atomic Spectrometry: Isotopes, Elements, Molecules and Nanoparticles via Mass Spectrometry’ at the Euroanalysis conference in Belgrade (Serbia) on 13 September 2011.

Walter Kaminski gave the lecture ‘Polyolefins – tailored by metallocene catalysts and easily pyrolyzed for feedstock recycling’ at the 18th EuChemS Conference on Organometallic Chemistry (EuCOMC) on 25 June 2009 in Göteborg.

Professor Meinrat Andreae spoke on ‘The aerosolized biosphere – recent insights into the chemical nature of biogenic aerosols’ at the 12th EuChemS International Conference on Chemistry and the Environment on 15 June 2009 in Stockholm.

Professor Martyn Poliakoff, University of Nottingham, delivered the EuChemS Lecture on ‘Multi-Phase Catalysis: Maximizing the Opportunities for Supercritical Fluids in Green Chemistry’ during the Opening Session at the 2nd EuChemS Chemistry Congress in Torino, Italy, on 11 July 2008.

Professor Steve Ley held the EuChemS Lecture on ‘Changing the Face of Organic Chemistry’ during the meeting of the Société Française de Chimie (SFC) celebrating its 150th anniversary in 2007.

Professor Dieter Seebach, ETH Zurich, Switzerland, spoke on ‘Do Beta-Peptides Have a Biomedical Potential?’ at the 1st  European Chemistry Congress, in Budapest, Hungary.

Professor Roger A Sheldon, Delft University of Technology, The Netherlands, gave the EuChemS lecture on ‘Combining Organometallic Catalysis and Biocatalysis in Catalytic Cascade Processes’ at the XVIth EuChemS Conference on Organometallic Chemistry in Budapest, Hungary.

Professor Hans H Brintzinger, University of Konstanz, Germany, held the EuChemS lecture on ‘Twenty Years of ansa-Metallocene Polymerization Catalysis. Where are we Standing Now?’ at the XVth FECHEM Conference on Organometallic Chemistry in Zürich, Switzerland.

Professor Ivano Bertini, University of Florence, Italy presented his lecture “a structural genomics approach to metal ion homeostasis, resistance and reduction”, at the 8th FECS Conference on Chemistry and the Environment, Athens, Greece.

1992 – Dr D A Cruzado, Spain presented his lecture in Italy

1991 – Professor R Huisgen, Germany, gave his lecture in the UK

1981 – Professor B Samuelsson, Stockholm, Sweden, gave his lecture in Finland