The European Chemical Society, EuChemS, is inviting you to its webinar ‘The Carbon element – Key towards a sustainable society‘ which will be held on Thursday 22 April 2021, from 10:00 to 16:30 CEST.

This webinar will be chaired by Professor Nicola Armaroli (member of the EuChemS Executive Board).

This online event is an initiative designed by the EuChemS Periodic Table Task Group. The Task Group is chaired by Nicola Armaroli and its members are David Cole-Hamilton, Christophe Copéret, Nineta Hrastelj, Rinaldo Poli, Floris Rutjes, and Alessandra Quadrelli as a guest. The webinar is organised by the EuChemS Secretariat, Laura Jousset being the coordinator.

Objectives of the workshop

The scope of this webinar is to focus on the scientific and technological challenges of decarbonization and to discuss some key issues such as the carbon cycle, fossil fuel reserves and the perspectives of carbon sequestration and utilization in the energy and chemical sector. The workshop aims to discuss whether carbon could be depicted as an endangered or conflict element in the next edition of the EuChemS Periodic Table. The online webinar will also provide an opportunity to discuss the EuChemS Periodic Table. 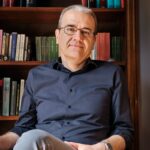 Nicola Armaroli, member of the EuChemS Executive Board (Chair)

Nicola Armaroli got the Ph.D. in Chemical Sciences in 1994 at the University of Bologna. Since 2007 he has been Research Director at CNR, the Italian National Research Council. He is member of the Italian National Academy of Sciences and Fellow of the Royal Society of Chemistry (FRSC). Within EuChemS, he is the former chairman of the Working Party on Chemistry and Energy and has served as EuChemS representative on several occasions such as the overseas Circular Economy Missions of the European Commission. He serves as associate editor of Photochemical & Photobiological Sciences (RSC), member of the Editorial Board of Chemistry-A European Journal (Wiley-VCH) and Polyhedron (Elsevier Science) as well as director of Sapere, the first Italian science periodical, established in 1935.

His scientific activity is concerned with photochemistry and photophysics, in particular luminescent materials and systems for the conversion of light into electricity and fuels. He also studies the transition of the global energy system towards more sustainable models, also in relation to climate change and scarcity of natural resources. He has published over 220 scientific papers and several books on the subject of energy.

Nicola Armaroli has given invited lectures at international conferences, universities and research centers worldwide and has run international projects as CNR principal investigator or coordinator in the frame of several programmes funded by the European Commission. He is also an active consultant and science communicator for the general public on the issues of energy, natural resources, and environment, also through interviews and contributions on mass media.

He was awarded the Grammaticakis-Neumann International Prize in Photochemistry, the Premio Letterario Galileo for science dissemination, the Gold Medal Enzo Tiezzi of the Italian Chemical Society and the Ravani-Pellati Chemistry Prize of the Turin Academy of Sciences. 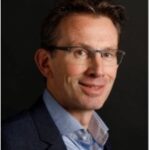 Floris Rutjes (1966) received his PhD at the University of Amsterdam in 1993 under the supervision of the late Prof. Speckamp. After a post-doctoral stay with Prof. Nicolaou at The Scripps Research Institute (La Jolla, USA) and an assistant-professorship at the University of Amsterdam, he became full professor in organic synthesis at Radboud University (Nijmegen, NL) in 1999. His research interests comprise the synthesis of biologically active heterocyclic molecules, new bioorthogonal click-probes for chemical ligation, and continuous flow synthesis in microreactors. He has received several awards including the Gold Medal of the Royal Netherlands Chemical Society (2002), the AstraZeneca Award for Research in Organic Chemistry (2003), and in 2008 was announced ‘Most entrepreneurial scientist of the Netherlands’. Currently, he is Director of the Institute for Molecules and Materials at Radboud University, past-president of the Royal Netherlands Chemical Society (KNCV) and president of the European Chemical Society (EuChemS). 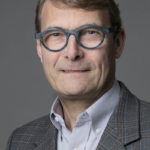 Søren Bøwadt is the acting Head of Unit for the “Industry” unit of the Health and Digital Executive Agency (HaDEA) in Brussels. The unit is responsible for the implementation of the industrial research and innovation legacy activities from Horizon 2020 as well as the industry activities in Cluster 4 of Horizon Europe. His main educational background in organic synthetic (MSc) and analytical chemistry (PhD) has been obtained from the University of Odense, Denmark. He joining the Measurement and Testing unit of the European Commissions Research Directorate at the end of 1999 and since July 2003, he has been working for the Directorate for Industrial Technology and since April 2021 for HaDEA. He has been responsible for over 150 scientific projects in various areas of natural science and has published more than 50 papers in chemistry related research in addition to setting up the SPIRE public private partnership. 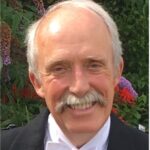 Following degrees (BSc and PhD) at Edinburgh University, David Cole-Hamilton worked with Nobel Laureate, Sir Geoffrey Wilkinson at Imperial College, where he developed a strong interest in organometallic chemistry and especially homogeneous catalysis. His independent career started at Liverpool University (Lecturer and Senior Lecturer) before moving to be Professor of Chemistry at the University of St. Andrews in 1985. He became Emeritus in 2014.

David is a past President of the European Chemical Society (EuChemS) having been President from 2013-7. This gave him extensive contact with chemical societies and policy makers throughout Europe. On behalf of EuChemS he led a team celebrating the International Year of the Periodic Table, which developed a new version of the Periodic Table highlighting element availability and vulnerability as well as which elements can come from conflict minerals and which appear in smart phones. 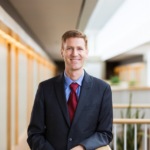 Jeff Colgan is the Richard Holbrooke Associate Professor of Political Science at Brown University and Director of the Climate Solutions Lab at the Watson Institute of Public and International Affairs. His research focuses on international order, especially as it relates to energy and the environment. His forthcoming book is Partial Hegemony: Oil Politics and International Order (Oxford University Press, October 2021).

Angela Dibenedetto is currently Chair of the National Interuniversity Consortium on Chemical Reactivity and Catalysis-CIRCC, Bari, Italy, and of the Interdepartmental Research Center on Environmental Methodologies and Technologies-METEA, UniBA, Bari, Italy. She is also Chair of the Italian Group for CO2 Capture and Utilization and Vice-Chair of the International Conference on Carbon Dioxide Utilization.

She is associate Editor of Journal of CO2 Utilization, Carbon Capture, Storage and Utilization-Frontiers in Energy Research and is also a component of the International Advisory Board of ChemSusChem. Furthermore, she is editorial board member of: Current Green Chemistry; Current Catalysis; International Journal of Green Technology; Catalysts; Molecules.

Her scientific interests are Coordination Chemistry, Metalorganic Chemistry, Catalysis, Oxides as catalysts in innovative, environmentally friendly, sustainable synthetic methodologies; Carbon dioxide utilization in the synthesis of chemicals; Use of supercritical CO2 as solvent and reagent; Synthesis of heterogeneous catalysts with tunable acid/base properties; Water free lipid conversion into FAMEs; Synthesis of alkyl carbonates from urea and CO2; Synthesis of cyclic carbonates through oxidative carboxylation of olefins.

She is the author of over 160 papers published in high Impact Factor Journals, of four Books on CO2 Chemistry and Biorefineries and co-owner of several national and International (EU-World) patents. 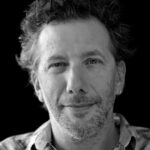 Pierre Friedlingstein holds a Chair in Mathematical Modelling of the Climate System at the University of Exeter. He is also Research Director at the Laboratoire de Météorologie dynamique (LMD), Centre National de la Recherche Scientifique, France. He has near 30 years research experience in the field of global carbon cycle modelling, global biogeochemical cycles and global climate change, published 180+ peer-reviewed articles. 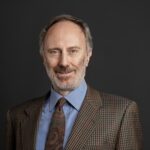 Marco Mazzotti, an Italian and Swiss chemical engineer, has been professor of process engineering at ETH Zurich since May 1997.

He was coordinating lead author of the IPCC Special Report on CCS (2002-2005), President of the International Adsorption Society (2010–2013), and chairman of the Board of the ETH Zurich Energy Science Center (2011-2017). He was a contributor to the 2007 Nobel Peace Prize awarded to the Intergovernmental Panel on Climate Change (IPCC).

He has published more than 350 papers, cited more than 18,000 times, resulting in an H-index of 73 (Google Scholar). Forty-seven doctoral students have graduated with him. 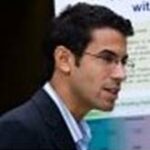 Robert M’barek is an Agricultural Economist at the European Commission’s Joint Research Centre, Directorate for Sustainable Resources (Seville). He received his PhD on EU trade relations from the University of Hohenheim, Germany. Since many years he is coordinating and involved in economic modelling analyses related to the Common Agricultural Policy, trade, and the bioeconomy. 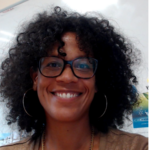 Alessandra Quadrelli is director of research of the French National Centre for Scientific Research, CNRS, at the IRCELYON laboratories and chairs the CPE Lyon Engineering School Sustainable Development Chair.  She serves as associate editor of the RSC journal “Green Chemistry”. Her research focuses on organometallic mechanisms on surfaces (like silica, MOFs and 2D wafers) for heterogeneous catalytic reduction  of N2 and CO2  en route to renewable energy storage. 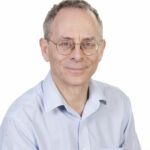 Mark Schaffer is Professor of Economics and Director of the Centre for Social and Economic Data Analytics (CSEDA) at Heriot-Watt University, Edinburgh, UK.  His fields of research include emerging and transition economies, labour markets, applied econometrics, economic history, energy economics and evolutionary theory.  Prof. Schaffer graduated magna cum laude from Harvard University in 1982, and holds degrees in economics from Stanford University and the London School of Economics. Prof. Schaffer is a Fellow of the Royal Society of Edinburgh and of the Royal Society of Arts, and a Research Fellow of the Centre for Economic Policy Research (CEPR) and of IZA, the Institute for the Study of Labor.  He has worked as a consultant for organizations such as the World Bank, the IMF, EBRD, the United Nations, the European Commission, and the Department for International Development of the UK Government. 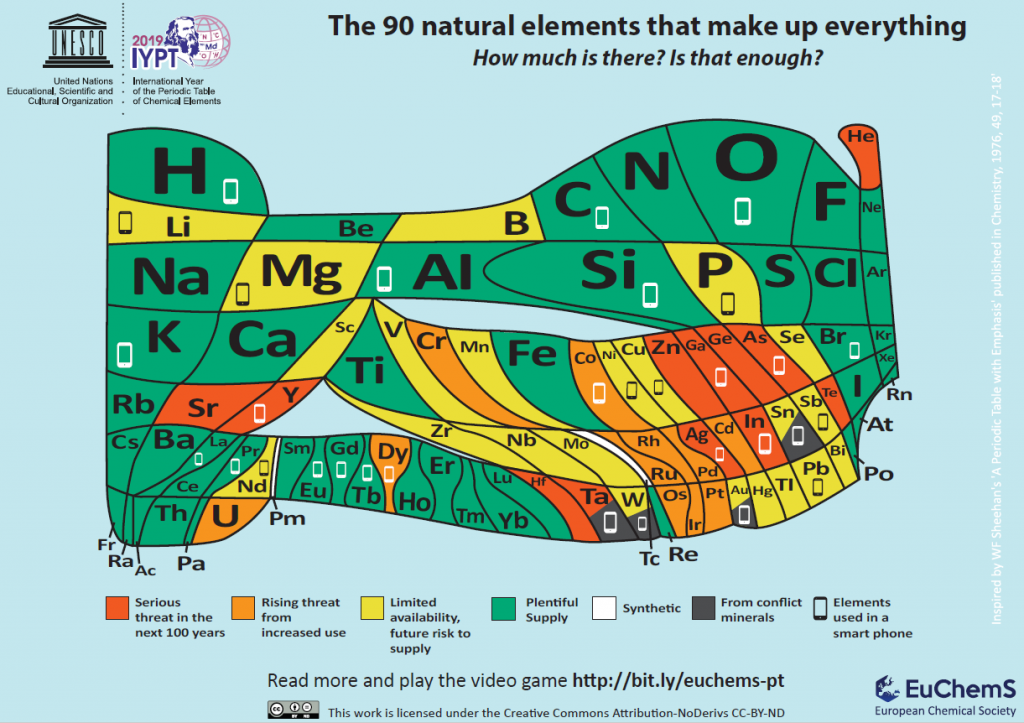 In 2019, the European Chemical Society (EuChemS) published the periodic table of the relative abundance of chemical elements, in an effort to raise society’s awareness of the limited mineral resources of our fragile planet. It has received remarkable attention worldwide by the scientific community, the general public and public agencies and has been widely distributed in European secondary schools. The table was conceived as a living document, to be periodically updated in the light of technological, societal and geopolitical developments, which may affect the availability or status (i.e., obtained from conflict minerals) of specific elements. In this context, EuChemS has undertaken a plan for monitoring selected elements over time so as to determine if their colour or size on the table should be revised.

Europe is a global leader in the ongoing effort to avoid catastrophic climate change. Recently, the EU has set even more ambitious plans to decarbonize our economies and reach climate neutrality by 2050, a daunting endeavour to be accomplished in only three decades. 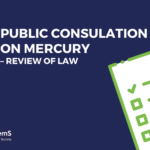 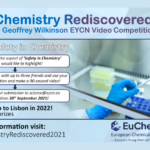 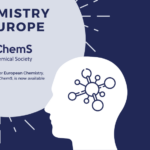