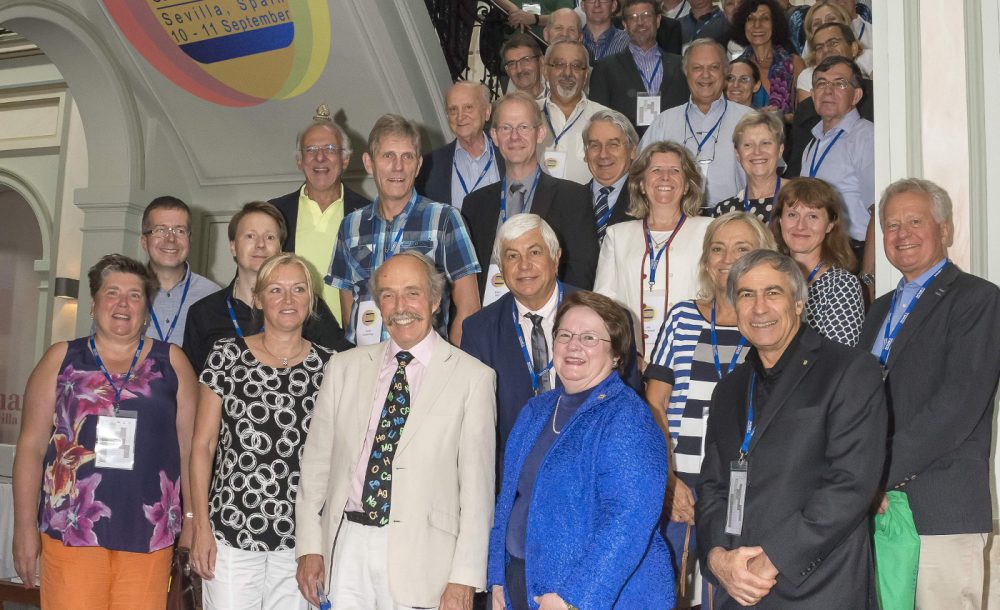 This year´s Assembly left an important societal mark with the Sevilla Declaration on the Use of Chlorine in Warfare, where chemists from all over Europe called upon the responsible use of chlorine, a chemical used in our everyday life that can be used as a terrible chemical weapon.

Also during the General Assembly, EuChemS and the American Chemical Society signed a Memorandum of Understanding, where both parts agreed to work together to “promote the ethical use of chemistry” and “collaborate for the good of the chemical enterprise, of their members, and of the subject of chemistry” in such areas as events, surveys, lobbying, ethics and safety, global challenges, exchange programmes, the public understanding of chemistry, among other.

At the open sessions of the General Assembly, a session on the upcomming 2nd European Employability Survey of Chemists and Chemical Engineers was chaired by Prof. Reiner Salzer and counted with the participation of Antonio Cammarota (DG Employment, European Commission), and Bradley Miller (American Chemical Society).

The open sessions also counted with an intervention by Prof. Sir John Holman, President of the UK´s Royal Society of Chemistry, about RSC´s committment to European research and the future of chemistry.

Finally, this General Assembly signaled the growth of EuChemS with the acceptance of a new Supporting Member, the European Federation of Medicinal Chemistry (EFMC), thus accounting to 47 the number of EuChemS Members.