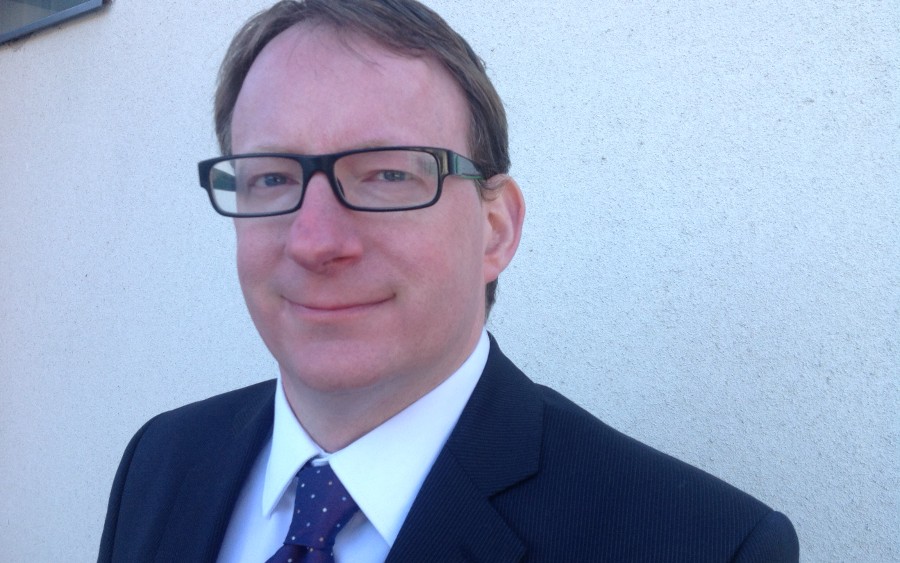 EuChemS would like to welcome Prof. Nicholas Gathergood as the new President of the Division of Green and Sustainable Chemistry.

Nicholas studied chemistry (BSc) at the University of Bath which included a one year industry placement at BP in Sunbury. He completed his PhD with Professor Richard J. Whitby entitled “Chiral cyclopentadienyl lanthanide and transition metal complexes” at the University of Southampton. Postdoctoral research followed with a two year position at Aarhus University, working in Prof. Karl Anker Jorgensen’s group on asymmetric catalytic reactions. In 2001, he joined Prof. Peter J. Scammells and worked at Deakin University, Geelong and the Victorian College of Pharmacy, Melbourne for three years as a postdoctoral fellow. In Australia he worked as a synthetic medicinal chemist on an industry project for GlaxoSmithKline investigating applications of ionic liquid based technologies.

Nicholas became a lecturer in organic chemistry at Dublin City University in 2004 where he supervised 10 PhD students to completion. In 2015, he relocated to Tallinn University of Technology, Estonia as the ERA Chair of Green Chemistry. Currently, he is building a new team of talented young academics to promote a green chemistry philosophy throughout the Faculty, Estonia and internationally.

He organised two Green Chemistry conferences in Dublin which were supported by the Irish Environmental Protection Agency. Networking opportunities and training initiatives have also been organised by Prof. Gathergood through COST action workshops in Ireland and Estonia.

In Dublin, his endeavours led to Irish participation in the creation of the EuChemS Division of Organic Chemistry and support for the EuChemS Working Party of Green and Sustainable Chemistry. Between 2007 and 2010 he was Chair of the Society of Chemical Industry, Republic of Ireland section. During this period he worked closely with the Royal Society of Chemistry and Institute of Chemistry of Ireland, leading to mutually beneficial events.

The Role of Chemists and Chemical Engineers in a Sustainable World