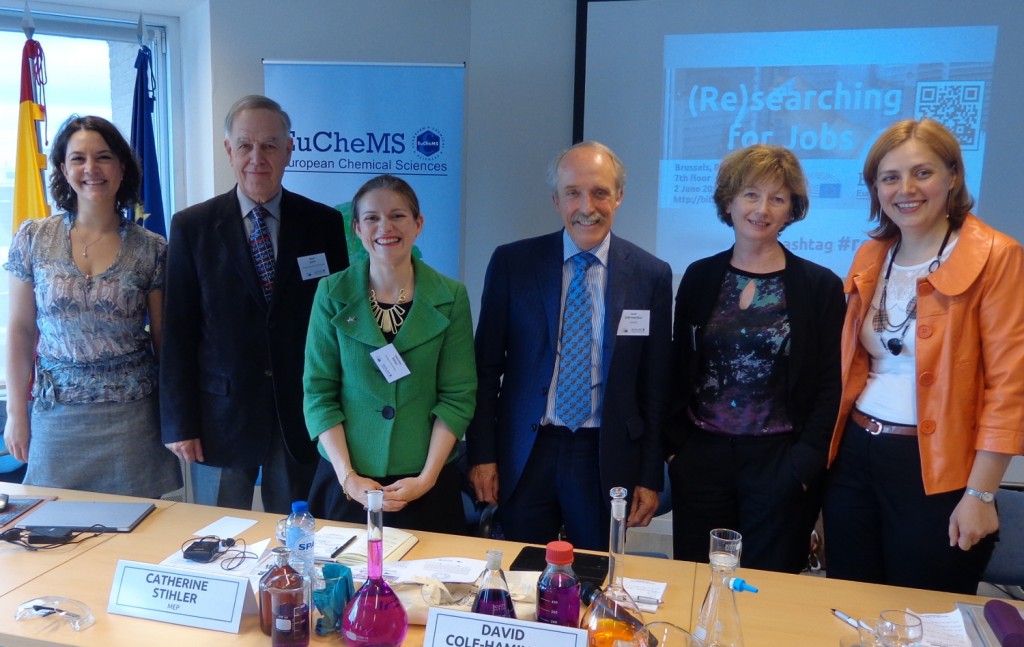 (Re)searching for Jobs, which took place in Brussels on the 2nd of June 2015, brought together academia, industry, policy-makers, and citizens to discuss the many barriers that young researchers face when entering the labour market, a discussion underpinned by the first European Employment Survey for Chemists and Chemical Engineers which was presented during this event.

After the opening words of MEP Catherine Stihler, who chaired this event, EuChemS President David Cole-Hamilton provided his view as an Emeritus Professor at St. Andrews, UK, on how young students and young researchers could make the best out of their degrees and research activities. Following this, Reiner Salzer, Dresden University of Technology provided a first glance over the final findings of the European Employment Survey for Chemists and Chemical Engineers which will soon be published as a Guest Editorial in Chemistry-A European Journal (DOI10.1002/chem.201501364). Amongst other findings, one which created many comments was the average salary gap of chemists and chemical engineers between European countries that could present variations higher than a factor of ten. Margaret Waters, from the European Commission, DG Education and Culture, showed how the EU is helping young graduates entering the labour market by widening the access to education, promoting international cooperation, or by linking research, innovation and education, among other lines of action. Cristina Todasca, from the University Politehnica of Bucharest, presented the view of a young researcher and explored common challenges initially faced when looking for a job and the importance of developing good soft/transversal skills, a point which was referred by many of the speakers. Viviana Fluxà, from CLS Behring, provided the point of view of industry and showed which skills employers are looking for in job candidates. Finally, Elizabeth C. McGaha from the American Chemical Society presented some interesting facts from the ACS annual salary and employment survey, a survey which is being produced since 1972 and represents a great tool to analyse tendencies in the American job market.

After the presentations many questions arose from an attentive audience showing concerns on how to further develop quality of curricula and teaching, also including new relevant topics/subjects. Providing long-term incentives, and not only one or two years-long, from the EU was mentioned as a possible approach. Other questions revolved around the discrepancies in job opportunities and salaries between EU countries which shall be harmonised to avoid a vicious circle where low GDP countries educate students that after will be “forced” to move abroad, thus not contributing to the creation of value in their original countries.

EuChemS would like to thank to the chair, to all the speakers and to the audience of (Re)searching for Jobs, we know we will meet you soon in another of EuChemS events. 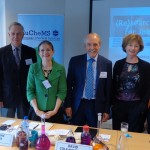 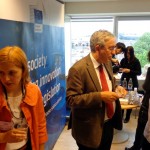 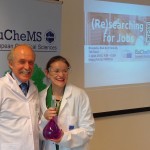 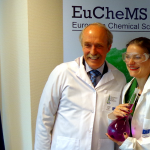 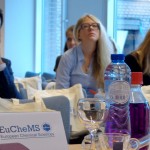 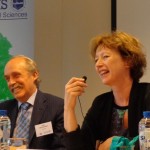 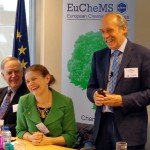 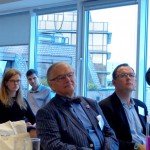 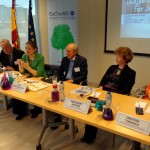 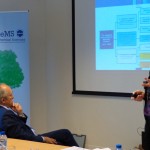 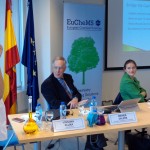 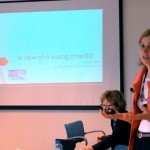 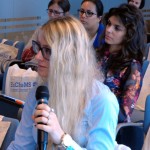 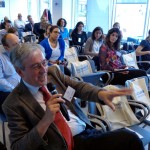 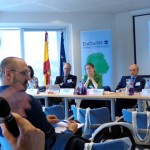 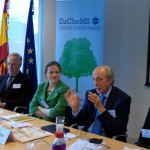 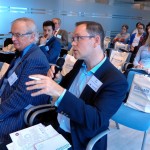 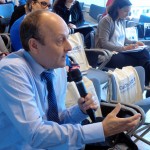 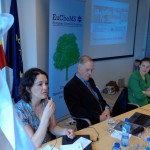 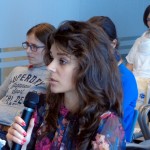 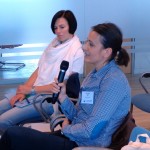 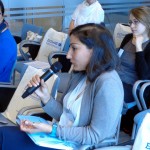